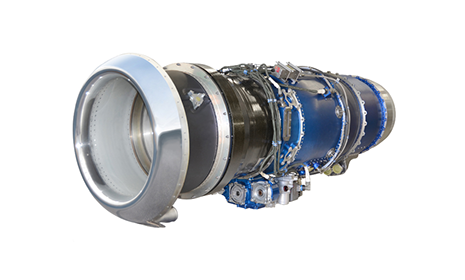 Williams International is an American manufacturer of small gas turbine engines based in Pontiac, Michigan, United States.  They produce jet engines for cruise missiles and small jet aircraft engines.   Williams International is the world leader in the development, manufacture and support of small gas turbine engines. The privately owned company operates R&D (research and development) and R&O (repair and overhaul).

The Williams FJ44 is a family of small, two-spool, turbofan engines produced by Williams International/Rolls-Royce for the light business jet market.  The turbofan or fanjet is a type of airbreathing jet engine that is widely used in aircraft propulsion. The word “turbofan” is a portmanteau of “turbine” and “fan”: the turbo portion refers to a gas turbine engine which achieves mechanical energy from combustion, and the fan, a ducted fan that uses the mechanical energy from the gas turbine to accelerate air rearwards. Thus, whereas all the air taken in by a turbojet passes through the turbine (through the combustion chamber), in a turbofan some of that air bypasses the turbine. A turbofan thus can be thought of as a turbojet being used to drive a ducted fan, with both of these contributing to the thrust.  Modern turbofans have either a large single-stage fan or a smaller fan with several stages. An early configuration combined a low-pressure turbine and fan in a single rear-mounted unit.

Of course, like all turbine engines inspections have to be completed on a scheduled basis.   Hot section inspection can usually be performed on wing. The borescope required for this inspection is primarily in the 4mm borescope range.   This allows for the small diameter to enter the targeted area with ease.  Most of the more advanced borescopes will provide 4-way or joystick articulation. 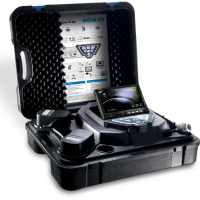 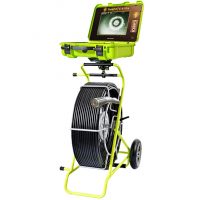 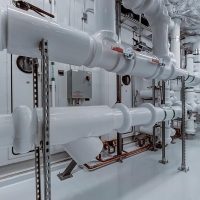 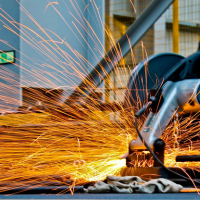 What Is An Industrial Borescope?